Last Tuesday, I was in New York City for an audition before the Jewish Book Council's Author Network. The JBC is a godsend of an organization for authors who want to get the word out about their books. Here's what the network does. From their website:


"The JBC Network is designed to benefit communities that offer Jewish book programs and the authors of Jewish-interest books. The JBC Network—with over 100 member organizations across North America, including JCCs, synagogues, Hillels, Jewish Federations, and cultural centers—gives approximately 200 authors a platform for sharing their books each year. The program connects authors with their readers and promotes Jewish culture through Jewish book events."
I was one of sixty writers as I presented my new book, Happy Any Day Now, to an audience of movers and shakers from Jewish communities across the continent. If we did well and matched their needs, we'd be invited to speak to their groups back home.
Now, all of you who know me either personally or electronically (sounds like Elsa Lanchester in the Bride of Frankenstein, no?) are aware that I love to talk about my books. As I create them, I fall in love with my characters and their stories. My theory is that passion in all its forms is contagious. Therefore, if I'm crazy about my lead character, Judith Soo Jin Raphael, you'll be panting to meet her and hear about how this half Korean, half Jewish, poor, fatherless kid with her nose pressed against the window plays out her desire to become a real American, a happy insider. If I get her hilarious and wise Korean immigrant mother down right, if I draw an irresistible picture of her rascal of a father returning after an absence of decades, if I capture her Australian boyfriend and his rival, Judith's former lover, who's haunted her memory for decades and materializes just in time for her fiftieth birthday, if I make everything come alive, you'll be equally captivated. I can talk about my book for an easy twenty minutes, an easier forty, thrilled to introduce you to my latest literary cast. 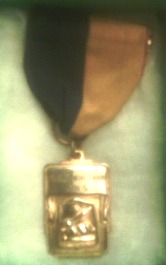 In the name of full disclosure, I should tell you that in junior high school I was awarded first place in a public speaking contest for my rendition of Lewis Carroll's poem, "Father William." To this day, I have friends who might not remember what they ate for breakfast, but still vividly recall my stroking an imaginary beard as I intoned, “’In my youth,’ said the sage...”  Worse still: in high school I was voted a Senior Celeb. Not "Class Cutie" or "Girl Most Likely to Succeed," but "Class Orator." The only thing that saved me from terminal geekiness was that I was also an Erasmus Hall Booster, the equivalent of cheerleader, probably because my voice had been groomed to booming by my reading bible verses aloud on stage every Friday at chapel (my public school had been founded by the Dutch Reformed Church and did its own thing).


So I have a history of actually relishing "public speaking." Which, according to an old, perhaps apocryphal National Enquirer survey, topped "death" as its readers' most feared experience. All this to make clear that the thought of getting up before a hundred or more people to talk about my book didn't faze me. I looked forward to it. Except—here's the kicker—the JBC gives you only two minutes for your "elevator pitch." One hundred and twenty seconds. It takes me longer than two minutes to clear my throat and that's the time I had to present a book over which I’d labored for years.


And yet...two minutes is actually a genius idea because, like writing poetry, a constraint of time or space forces you to reduce an idea to its essence. And, more practically, it's the only way the JBC can get through 200 authors in three days. To its credit, the organization provided each of us a coach, who guided us through the process of getting our talks in shape. Joyce was remarkable. She made suggestions. She timed me. She helped me edit. She cheered me on.


And so, last Tuesday, in a large, well appointed room, I heard about books that featured a Jewish Superman, gay marriage, Hollywood in the thirties, a novel about Anne Frank's sister, a hard boiled LA mystery, some memoirs, coffee table tomes, and how-to's. Jewish and non-Jewish authors, young and old, strode to the mike and delivered the goods while a gracious woman held up posters that let them know how much of their precious two minutes they had left. Then it was my turn. As I absorbed the real meaning of Einstein's theory of relativity in terms of two minutes—hand on hot stove, long; lover's embrace, short—I gave it my all. Was it my finest hour? Well, of course not. My finest two minutes? Only time, that thief, will tell. But it was a challenge and an adventure. And, wow, was it fun!